Above And Beyond Award Winners 2016

Above and Beyond Winners 2016

For the 8th year we have acknowledged contributors to the aged care industry with the conferring of the “Above and Beyond Award”. Our Award promotes and recognises someone or an organisation within the aged care industry that contributes to the quality of life of older people through innovative practices for staff and residents alike. The award also acknowledges efforts to increase public confidence and community involvement in aged and community services in a positive manner.

This Award is solely presented by National Care Solutions. This year, National Care Solutions chose to go to winners of the nominator of last year’s Above and Beyond Award and asked Chris and his Regional Manager from Allied Connect to be part of the judging panel. Our thanks go to them for the time they put into scoring, discussing and finally deciding on our winner and our honourable mention applicants.

The 2016 recipient of the National Care Solutions Award is a worthy recipient with the panel having much difficulty in deciding the winner. In the end as well as awarding the main winner with their certificate and their $500 prize money the panel also awarded an honourable mention to two other applicants. These were: the Falls team from Blue Care Carina nominated by the integrated Service Manager, Jill Wiese and the catering management team comprising Caroline Baxter and Kylie from Lions Haven nominated by Colleen Dix. Congratulations to the falls team and the catering management team.

The “Get on the Bus” entry is about the cultural change of a facility that has been successfully taking place at Merrimac Park Private Care over the last 18 months.

Claire Johnston, who was appointed in February 2015 as the new Centre Manager, led the management team and organisation through a significant change management process, focusing on three main areas: 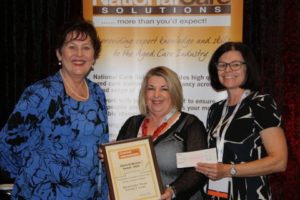 In recognition that change is inherently unsettling for people at all levels of an organisation, the management team embraced the new approaches first, both to challenge and to motivate the rest of the team. Speaking with one voice and modelling the desired behaviours. The management team also understood its public face of one of unity, and it, too, is composed of individuals who were going through stressful times and needed to be supported.

Involving all at all layers, with emphasis on a team focus, articulation of a formal case for change and the creation of a vision statement were identified as an invaluable opportunity to create and compel leadership-team alignment.

Firstly, reality was confronted providing a convincing need for change. Intense consultation was undertaken with all staff, and there was recognition and acknowledgment of the past. A line in the sand was drawn as the point to move forward. A vision of the culture, quality of care and service was defined represented by a slogan “Get on the Bus”. Posters were developed, champions of the vision were identified resulting in staff self-identifying if they were on the bus or not.

Secondly through leadership faith that the organisation had a viable future and had the leadership to get there and finally, a road map was developed to guide behaviour and decision making with a key message which described the pending change in terms that mattered to the individuals. Residents and families were consulted with a focus on best practice being implemented in clinical, lifestyle, kitchen, and laundry and maintenance service standards.

Congratulations to the 2016 Above and Beyond Award Winners.

Above And Beyond Award Awards 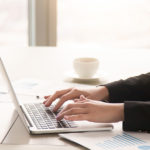 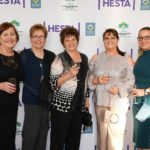 Above And Beyond Award Winners 2013

Above And Beyond Award Winners 2014